/ /
 E-mail: michael@cngoshen.com
You are here: Home » News » Industry news » What are machine screws used for

What are machine screws used for

Machine screws are available in a wide array of configurations, materials, driver head types and sizes. As their name implies, machine screws are used to fasten various components together in machines, tools, appliances, electronic devices and vehicles of every description. They are available in virtually every material including steel, stainless steel, brass and even nylon. 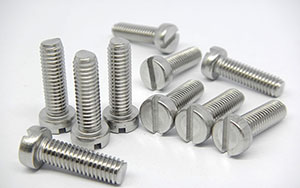 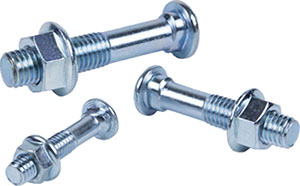 Machine screws are available in a wide assortment of driver head types, including standard slotted, Phillips head, hex socket head for use with Allen wrenches, Torx six-pointed star, square-drive socket head and security heads, which are easily driven in but very difficult to remove.

What are machine screws used for

Machine screws are versatile in the number of types of joints they can fasten. They can be used for fastening two or more components with through holes and a nut behind all the components. They can be passed through two or more components and then finally threaded into the rearmost component, which is solid and uniformly threaded and acts as the nut in the joint. Two opposing machine screws can also be used with threaded couplings to separate two plates or boards by the distance equal to the length of the coupling. Machine screws are also used for many types of electrical connections and terminal strips. They are also used to fasten many gasketed devices that are sandwiched together such as waterproof motor casings. They can also be threaded into PEM brand fasteners, which are threaded metallic inserts cast right into plastic parts.